Recently I offered a completely-unseen-before excerpt of my now print-friendly book, “The Beauty of Existence Decoded” (See https://exopolitician.wordpress.com/about/) to Global Freedom Movement (See http://globalfreedommovement.org/) subscribers. So, I thought, in the spirit of illumination, Ozzie Thinker bloggers might appreciate the information.

Feedback from my Fans

It is only a short book (under 20,000 words), but, within, texts compress wisdom of great power; some Ideas so transcendental in nature they are not of this Earth. These are no ordinary writings. Up-and-coming American musician, Andy Duong (See http://www.chronicgenius.com/Main.html), reached out and donated for his copy. Secretly (he told me later) he thought I was just another one of those “know-it-all’s” and bought the book merely to pull it apart. However, after reading it, his sentiment changed.

“I went ahead and read your book last night. Very powerful stuff. Lots of odd connections were made [leading up to donating for your book]. Your content was challenging, empowering at times […] and a little disturbing […] because of the materialism [criticisms]. […] It is an excellent book. I want to read it again [in a much slower and thought provoking fashion].” AD

Another fan is somebody rather closer to home. You all should know him by now. Brendan D Murphy’s donation didn’t break any records, but as an Australian luminary, I would have probably given him a copy, if pressed. His feedback can be reduced to a single short sentence:

As I had already released a preview in “Is Science Illusory”, I had planned to tempt donators with the “Preface” (See https://ozziethinker.wordpress.com/2015/01/04/introduction-to-dimensions-deceptions-demons/), but after some stern words of caution from my American fan, I have decided to take a different tack.

“[The Preface is] too anti-materialism, only harping on the negative. Your book [on the other hand] is mostly positive and undeniably uplifting – an immensely deep, profound read.” AD

I need a different tack because I am disappointed. Any normal person would have presumed that a small, but robustly vocal following would have amounted to numerous, doting donators eager for an enlightenment download. Not so, I’m afraid. It is as if, with all that “cute talk” about it, next to no one is interested in having existence explained. They take sanctity in the shark infested dark waters of ignorance.

Fewer than 100 copies have been dispatched including giveaways. What a sorry outcome for a year’s perspiration devoted to genius? You guys can make a difference. You can turn things around and give ignorance a hiding. Before I roll out the big guns and eye candy to tip those teetering on the brink, I can say, wholeheartedly, that I have listened [to critics]. Jesting aside, honestly I would be so appreciative if everyone ran with this ball, not only donating but also tenaciously spreading the good news on personal networks. Oh boy, that would make me happy.

People said to me, “We don’t like no e-books” {the double negative seemed to figure here]. So I have created a version that will print as 24 pages of unadulterated, lovingly crafted text (you can even toss the preface and lose 2 more pages). There is no point in “publishing it” because, in light of its size, that would be overkill. The way publishing works, as Brendan will tell you, is it’s not the size that counts. Therefore, the price of producing 20,000 words is about the same as a 200,000 word edition! Crazy, I know, but that’s the business.

A Pretty Face is the Best Anonymous Fan 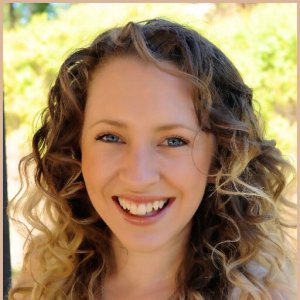 Aimee Devlin, given her proximity to Brendan, I’m pretty sure has probably read “The Beauty of Existence Decoded”. She hasn’t given any direct feedback, but I know she would have loved it even if posthumously. Even though her mind would match the average professor’s, they say “eye candy” sells, so it gives me a chance to show off the face of a pretty anonymous fan.

Let’s be honest, when all said and done, it is the blessed text that should promote the book.

That’s what people are donating for. So, without further ado, I have selected a never-seen-before (with the exception of the various donors) snippet aimed at knocking the sooks off. The problem with this, for anyone that saw the relevant hilarious Big Bang Theory episode (See https://www.youtube.com/watch?v=ikO4vBwNHWk) with Sheldon trying to select the perfect birthday gift for his girlfriend (another Aimee [Amy], as it happens), is judgement is largely determined by taste or “one person’s perfume is another’s poison”. Even so, if Mayim Bialik counted as a fan that would really give me a boost.

…All dimensions consist of up to four simple elements; pulses, force fields, waves and frequencies. Similar symmetry is found in cosmic code. The Genome Project has identified a variation (or symptom) of DNA that consists of four chemical elements which, in correct combination, can create anything. There is nothing beyond the power of creation. 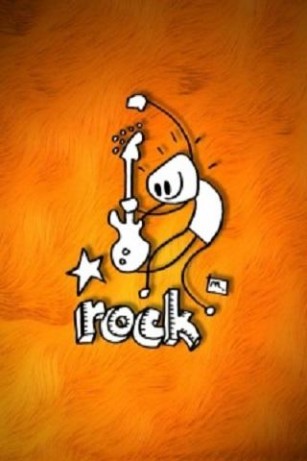 A big part of the creation process is perception. Indeed, without perception nothing would exist. Yes, I have heard all those Zen-style arguments about trees falling in unimagined woods which have not been witnessed. However, if there was no perception, existence would not exist because there would be no awareness of it. Perception is a cooperation of existence and awareness. In the case of human beings, the cooperation is selective. We are all surrounded by extra-dimensional entities all the time, but the majority [of us] cannot see due to limited [which is also arguably flawed through limitation] perception. Our perception is designed to make sense of our reality. In fact, more so that reality is our “sense”. Considering my earlier introduction of the mysterious False Matrix, this opens the door to the probability of external influences manipulating how [our] vision is rationalised. A constant electronic mass Media stream shaping opinions to ensure conditioning is the ultimate way of securing imperfection. The False Matrix is a hidden, much more subtle and vastly superior version. Because we rely on our sense of reality, instinctively, we are more likely to block than accept change and this adds to the vile assault on human will, the discovery tour and, as a consequence, balanced investigation. Many would go so far as denying or attacking change for change’s sake in order to preserve their reality. As no single voice plagues society with its exclusive brand of mediocrity, our paradigm can be extended to clashes of culture. Muslims want a Muslim world and defy those that stand in their path. Strict homosexuals, as a variation, might concede bi-sexuality in order to preserve their social acceptability and respectability.

Self-expression invariably relies on cultivating many voices combined as the monotonous chiming “royal we”. The group transcends the self and the art of propaganda belies imagining a group identity even if it does not exist. The pinnacle of Globalist exploit is being conducted to the tune of xenophobic Zionism. This is something that goes way beyond Judaism and is certainly no expression of faith. In fact, the reverse is true. Zionism, unsurprisingly, is an apex of exo-politics. The same pretend factions, visible and invisible, have precipitated proxy order of differing brands through the ages. They fabricated history to censor comprehension. Courtesy of the anthropomorphic field that governs how we react to the astral plane (giant highway that comprises all dimensions and timelines), it is impossible to suppress the truth. Parties to the deceit with clear vision have but three options. They can ridicule that which contradicts their fantasy using terminal props supported by corrupt academics. When that ruse fails, it is then only possible to censor, lose or forget key transgressions against the tyranny that holds power. Finally, only assault and death will bury voices that pierce totalitarianism. History needed to be painstakingly rewritten to cover the tracks of those that lead. The most critical misdemeanour has been the erasure of the true origins (note plural) of man. Chapter two, “The Birth of Hu-man-ity and its Practical Implications”, will redeem conscientious readers. Truth has been in front of your noses all along. “Vision” is all that was ever required.

Existence is much more complex than humanity and its mainstream science supposes. I have explained why the academic community, guided by reductionist/materialist peer groups, cannot or will not comprehend value added existence in the preceding paragraphs. Now I shall attempt to decode the greatest secret of all. It is important to start by saying that though we rationalise time as linear, it is anything but. In fact there is an attractive magnetic force which acts as an unseen guide, something I call blueprint time in other writings. As we shall learn blueprint time is not likely limited to a single print. The same way a prolific painter maps out his latest grand masterpiece, so too are cornerstone events etched into blueprint time. These act as anchors that, in many ways, puncture the fabric that connects dimensional realities. Time itself is series of static scenarios which might appear in chronological order should the experiencer rationalise them that way. Perhaps rationalise is the wrong word. We attach or pin ourselves to each new scenario in an order we call chronological. From this rationalisation of what we generally call “reality”, blueprint time runs in the reverse direction. In other words it starts at the end and finishes at the beginning as scenarios needed to be prepared for attachment in chronological order. Attachments are presented as “menus” that reflect the choices a user faces for any given moment. In its “raw state”, time consists of a hotch-potch of unordered scenarios, thus going forwards or backwards is either the illusion for the experiencer or the determination of the planner. Remembering our earlier gateaux analogy, time is the ingredients randomly arranged, blueprint time is the recipe, and linear existence the cake.

Are you all intrigued? 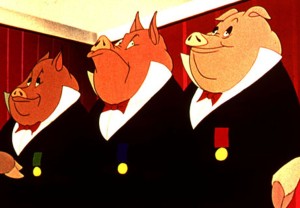 I think that sample is incomplete and enticing enough to summon brave truth seekers. But, maybe freedom is actually “change without revision”? That would mean we can review the same old worn out theories re-dressed as “new truths” for perseverance of liberty. That, in context, of course, would mean “new freedom” is precisely the same as old slavery; as George Orwell so aptly expressed in “Animal Farm” (See https://en.wikipedia.org/wiki/Animal_Farm). For me, freedom begins with clarity of purpose, cosmic laws and comprehension of the divine. That is why I cannot understand why people haven’t scaled glacial peaks to access fundamental truths.

Really, once again, it boils down to change with or without revision. Those that see value in revision should donate for my book without hesitation. Our remaining, inquisitive inept[s], fearful of detachment from the safety of “the system”; you need to take a walk on the wild side. The worst that could happen is you become more certain of the beliefs you already have.

You’ve convinced us. Where the hell do we donate?

You can seek the book out on Book Tango or Amazon, but due to its larger font size, printing will be a nightmare. Alternatively, and preferably, donations are welcome here (https://exopolitician.wordpress.com/about/ or https://ozziethinker.wordpress.com/about).

3 thoughts on “Time: The Great Quandry”